Now an outer suburb south of Milwaukee, it borders Lake Michigan. Milwaukee of course is known as a destination for German immigrants, and some with names like Pabst, Schlitz, Busch, Blatz, and Miller started breweries. At one time over a quarter of Milwaukee residents had been born in Germany. When Johann Valentin Ungerecht, came to the U.S. he settled on a farm in Caledonia, and it remained in the family for over 100 years. Descendants still live in the area. For most of her life, Emma Ungerecht Pietsch lived in an old farmhouse (made with tenons and wooden pegs) on a couple acres just to the north in Oak Creek, Wisconsin. 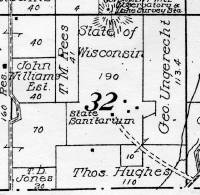 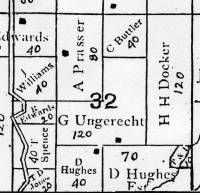