Standard form of a circle:

Ellipse - sum of distance from two foci is a constant 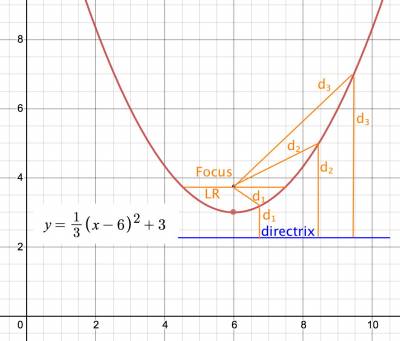 standard form of a parabola:

Hyperbola - difference of distance from two foci is a constant

Back to geometry, algebra/pre-calc or math page.